Are you really showing love by only loving those who love you back?—February 2019

“Are you really showing love by only loving those who love you back?” Luke 6:32

What a wonderful January we had! One of our biggest highlights was the Passion Cruise. It was so awesome to meet several of you and to get to know you a little better. This was our first Passion Translation Cruise ever, but it wonʼt be the last. Please make plans to join us one of these years, hopefully next year. We would love to have you come along!

We have been excessively busy and occupied this month, so I havenʼt had time to put together my usual word. So, since itʼs Valentine’s Day Iʼm resurrecting a word that I gave a couple of years ago for this Valentineʼs season. Itʼs a message that never grows old. I promise to be back with a fresh word next month.

I truly believe that this month and forward that we’re going to to see some major breakthroughs that we’ve longed for; breakthrough after breakthrough in our relationships are coming!

I dreamt that the love of Christ was shining out of us so powerfully that the very atmosphere was changed and everyone was blasted by the glory.

In another dream I saw an angry mob coming for us, but they stopped as we began to radiate light. And then like in the movie “Cinderella” their clothes changed from rags to elegant garments and their faces went from scowls to smiles and the atmosphere went from foreboding to a glorious sun lite day! The rest of my dreams have been of acts of radical kindness; It’s time to release His love in greater measures; going the extra mile even when it’s inconvenient!

I heard a wonderful true story once told by Don Finto at a conference years ago. It made such an impression on me that I will never forget it. It was a story of a man who was imprisoned in a communist country. His wife would bring dinner to his cell every day. But day after day the prison guard would take the meal and would eat it in front of him. Finally the man was released from prison. And one day he and his wife were out walking when they encountered the prison guard coming down the street. He was coming from the the opposite side of the street so the wife crossed over and said to him, “How would you like to come to our house for dinner? I remember how much you enjoyed my food.” And to their surprise he said yes. So he came and as he was eating the delicious meal he began to break down in front of them and through his tears he confessed to the husband, “I watched you every day as I ate your wife’s wonderful cooking and I never sensed an ounce of hatred coming from you. What is it about you people? I want to know this God that you serve.” And they were able to lead him to Christ!

What a savior we have. He’s a savior that can even give us love for our enemies. He gives us a love that empowers us with His overcoming grace and peace; the best kind of love, the God kind! It’s a love that awakens the soul, brings peace and joy and puts a fire in our hearts that makes us long for more! May our friends, family and yes, even our enemies say, “It was not into my ear that you whispered, but into my heart. It was not my lips you kissed, but my soul.”

Now allow 1 Corinthians 13 from the Passion Translation speak to your heart like you’re reading it for the very first time!

And now I will show you a superior way to live that is beyond comparison! For if I were to speak eloquently in earth’s many languages, and in the heavenly tongues of angels, yet I don’t express myself with love, then my words are nothing more than an irritating noise, like that of a clanging cymbal. And if I were to have the gift of prophecy with a profound understanding of God hidden secrets—and if I possess unending supernatural knowledge— and if I had the greatest gift of faith that could move mountains— but have never learned to love, then I am simply nothing! And if I were to be so generous as to give away everything I owned to feed the poor, and offer my body to be burned as a martyr, but without the pure motive of love, I gain nothing of value!

Love is incredibly patient. Love is gentle and consistently kind to all. It refuses to be jealous when blessing comes to someone else. Love does not brag about one achievements nor inflate its own importance. Love does not traffic in shame and disrespect; nor selfishly seek its own honor. Love is not easily irritated or quick to take offense. Love joyfully celebrates honesty and gives up a search for what is wrong. Love is a safe place of shelter, for it never stops believing the best for others. Love never takes failure as defeat, for it never gives up. Love never stops loving. It extends beyond the gift of prophecy, which eventually fades away. It is more enduring than tongues, which will one day fall silent. Love remains long after words of knowledge are forgotten.

Our present knowledge and our prophecies are but partial, but when love’s perfection arrives, the partial will fade away. When I was a child I spoke about childish matters, for I saw things like a child and reasoned like a child. But the day came when I matured, and I set aside my childish ways. For now we see but a faint reflection of riddles and mysteries, as though reflected in a mirror, but one day we will see face to face. My understanding is incomplete now, but one day I will understand everything, just as everything about me has been fully understood. And until then, there are three things which remain: faith, hope, and love—yet love surpasses them all. So above all else, let love be the beautiful prize for which you run!

This Valentineʼs Day why not surprise someone with love; someone whoʼs been a thorn in your side. Itʼs easy to love those who love us, but to love the unlovely, now thatʼs God, for “love gives up the search for what is wrong”! 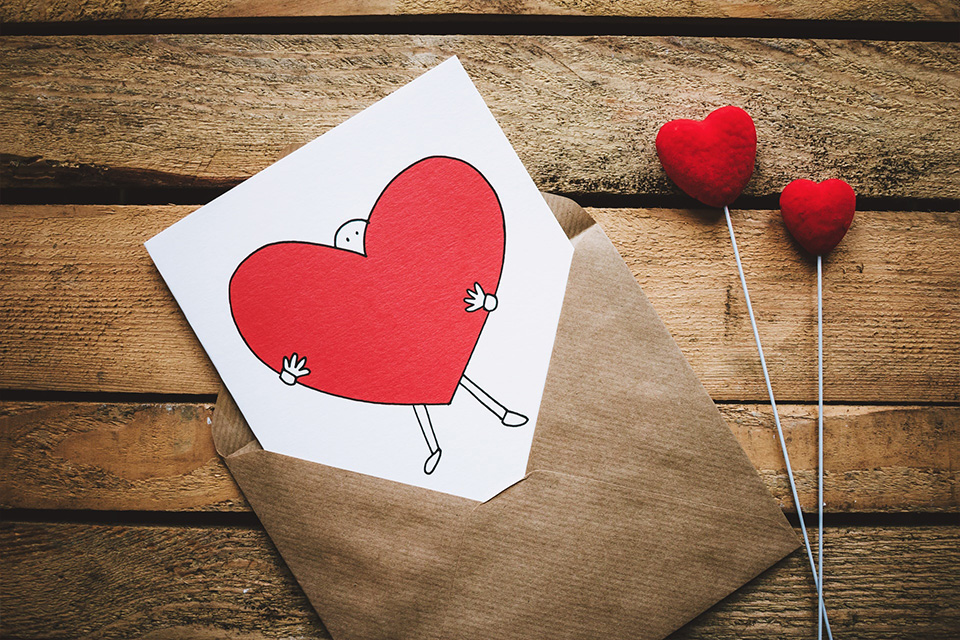